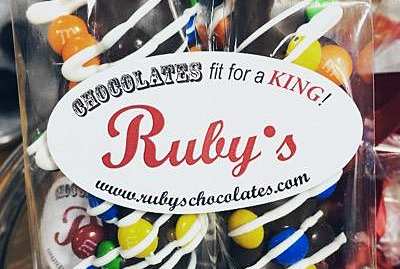 Cincinnati Business Courier’s Andy Brownfield reported yesterday on a new deal recently brokered by Joshua Rothstein, Retail Specialist, at OnSite Retail Group based in Blue Ash, OH. Brownfield wrote, “A chocolatier that has been creating confections in Hamilton for a decade – many of which are sold at local markets like Jungle Jim’s – is opening a retail storefront in the heart of Oakley Square. Ruby’s Chocolates, which was opened by Melinda Mueller in 2009 in Hamilton, is opening in the former Fond: Market & Co. space at 3923 Isabella Avenue next to the 20th Century Theater.”

Ali Danesh, managing director for Ruby’s Chocolates, told Brownfield they targeted Oakley Square and they wanted a retail storefront for Ruby’s. Brownfield quoted Rothstein who said, “In addition to being a synergistic complement to the wedding and event business at the neighboring 20th Century Theatre, I’m sure they’ll quickly become a favorite around Oakley Square.”