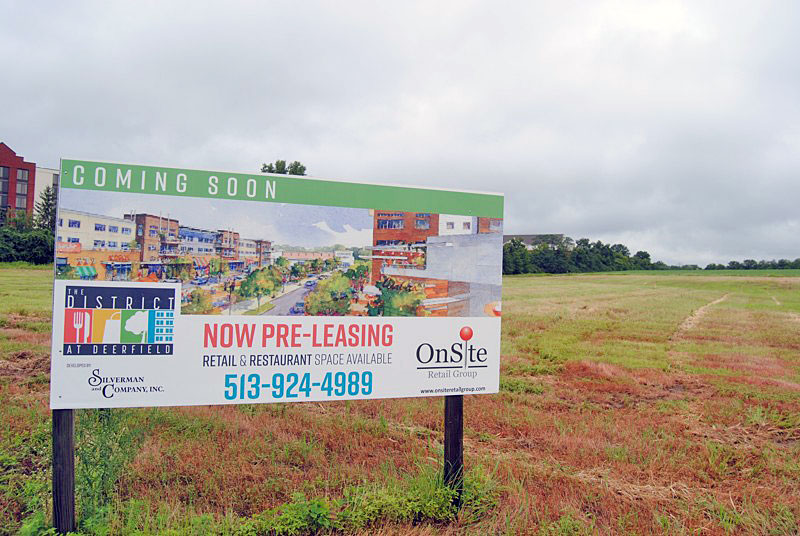 DEERFIELD TWP, WARREN CO., OH, May 14, 2019 – Cecilia Salomone, Staff Reporter at Dayton Business Journal, wrote today “The plans for a $120 million mixed-use development south of Dayton are moving ahead.” Salamone was reporting on The District at Deerfield.

In the story, she wrote “Three building permits valued at nearly $19 million combined were recently filed for the District at Deerfield development, according to Warren County property records”, referring to the first residential phase of the overall project. She continued, “The District at Deerfield will eventually span 28 acres between Mason-Montgomery Road and Wilkens Boulevard, and the second phase of development is designed to have a variety of commercial offerings, including shopping, dining, and entertainment. The development will include around 95,000 square feet of first-floor commercial space. A 150-room hotel is also planned.”

OnSite Retail Group is handling the retail and restaurant leasing for The District at Deerfield. For information, please contact Josh Rothstein at (513) 268-4453 or Jeff Smith at (513) 924-5262.

Click here to read the full story:    The plans for a $120 million mixed-use development south of Dayton are moving ahead