Lately it’s been “game-on” for OnSite Retail Group and video game retailer, GameStop. Andrew Feinblatt of Cincinnati-based OnSite Retail Group represented GameStop in the completion of four recent leases. Three of the new stores resulting from the leases will be in the Dayton, Ohio area, where GameStop already operates over a dozen stores.

GameStop signed a leased for 1,463 square feet in Xenia. The new store, which is currently under construction, should open in late April in a two-tenant building located between Walmart Supercenter and Lowe’s at 110 Unit B Hospitality Drive. The second new Dayton-area store will open in the former CATO space on the east side of Springfield at Eastside Square, adjacent to Walmart Supercenter. The new store at 150 South Tuttle Road will mark GameStop’s third in the Springfield market. The third lease was completed on the south side of Beavercreek at The Greene Town Center, at Indian Ripple Road and I-675. And while there have been opportunities in the past at The Greene for GameStop, they have been patient, waiting for just the right space to come available. And last, but not least, Feinblatt’s fourth new GameStop deal of the quarter was completed on the north side of Cincinnati in Fairfield. That new store will open in the fourth quarter of this year within the roadside phase II development at the Jungle Jim’s International Market complex. The new Fairfield store will join AT&T, Jimmy John’s and Menchie’s frozen yogurt.

According to Feinblatt who is approaching the ten-year mark in his representation of GameStop, the retailer continues to expand at select locations in the Greater Cincinnati, Dayton & Columbus markets as well as in smaller markets in Ohio and Northern Kentucky. Ranked 262 on the Fortune 500, GameStop is the world’s largest multichannel video game retailer. GameStop’s retail network and family of brands include 6,627 company-operated stores in 17 countries worldwide and online at www.GameStop.com. 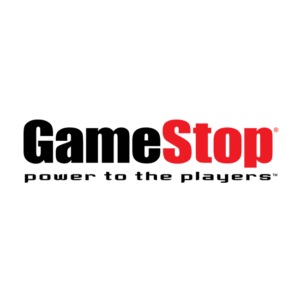